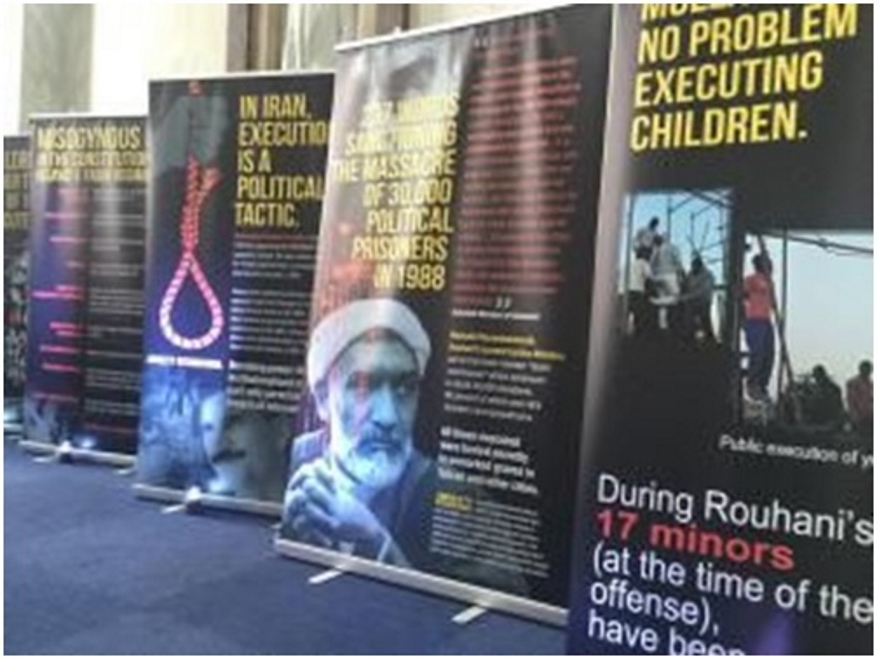 We will hold a rally outside the venue beginning at 5pm EST.”– OIAC

Organization of Iranian American Communities (OIAC) deplores the Council of Foreign Relations (CFR) hosting of the Iranian regime’s foreign minister Javad Zarif next week. To show its outrage, OIAC will hold a rally outside the venue beginning at 5pm EST.

Zarif’s appearance at the Council is an affront to the millions of Iranians whose chants of “death to Khamenei, death to Rouhani,” “Hardliner, Reformer, the game is now over,” during the January 2018 uprising in 142 cities demonstrated in no uncertain terms the illegitimacy of the ruling theocracy.
We are reminded daily that Zarif and his masters in Tehran have executed at least 3,500 Iranians (many in public) since Hassan Rouhani took office, making this regime the leading per capita executioner of its own citizens. Since January 2018, over 60 people have been murdered for their role in nationwide protests.
This invitation is all the more regrettable in view of Tehran’s malign activities in Syria, Yemen, Lebanon, Iraq, and beyond.

We invite all human rights organizations, NGOs and concerned citizens to join us.

We urge the panel moderator, Stephen Hadley to ask Zarif the following questions:

– How many Iranian protesters have lost their lives while in custody during the recent uprising?
– Why is Alireza Avaie, a key official responsible for the massacre of thousands of dissidents in 1988 the Justice Minister in Rouhani’s cabinet?
– Why GOI has not allowed the UN reporter on human rights in Iran to visit Iran in nearly three decades?
– Why is GOI providing ballistic missiles to Yemen in contravention of UN Security Council Resolution 2216, banning the export of weapons to the Houthis?
– Why is GOI spending at least $6bn of the Iranian nations wealth to prop up the murderous Assad regime?

About OIAC: The Organization of Iranian-American communities-US (OIAC), all-volunteers non-profit organization, believes democracy and human rights in Iran are imperative to the national security of America and peace in the Middle East and beyond.

“Iranian workers are not only deprived of their wages but...