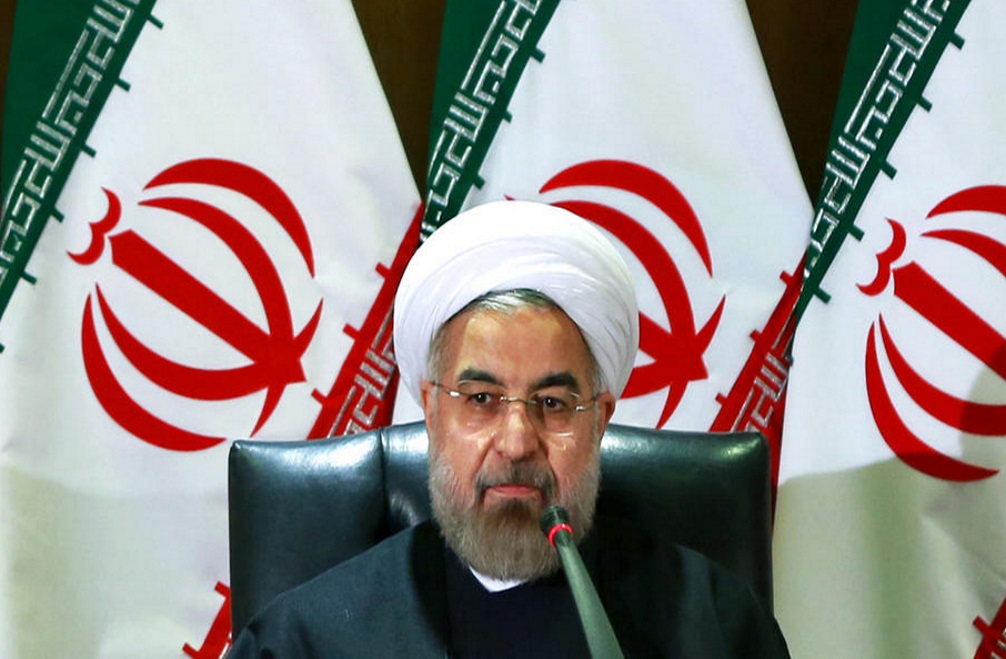 As Iran’s incumbent President Hassan Rouhani reached a second term on May 19th, one major issue of concern must be how to bring an end to Tehran’s destructive meddling across the Middle East.

If we take into consideration how The Telegraph said, “The re-election of President Hassan Rouhani changes nothing. Iran remains an impoverished dictatorship governed by a theocratic elite,” Tehran, from its own perspective, will need to continue defying domestic demands and international calls for a changed approach.

At a time when Saudi Arabia and the entire region were sidelined by the Obama administration, Tehran enjoyed eight years of disastrous concessions leading to atrocities across the board in Syria, Iraq, Yemen, Lebanon, Bahrain and so forth.

Sensing how Obama turned his back on the 2009 uprising in Iran, the mullahs of Tehran came to realize they could exploit the young and inexperienced president to realize much of their objectives in the Middle East. Obama also began distancing from the Arab World and downgrading vital US presence in the fledgling and highly Iran-influenced state of Iraq, providing a green light to Iran to expand its reach across the region.

Battle between good and evil

US President Donald Trump arrived in the region with a mission to launch a Middle East initiative aimed at establishing an unprecedented coalition, only hours after the announcement of Rouhani obtaining a second term.

Following the signing of mammoth economic contracts worth hundreds of billions of dollars, Trump delivered a cornerstone speech on Sunday at the Arab-Islamic-American Summit in Riyadh on the challenge of uprooting extremism and describing this endeavor as a “battle between good and evil.”

“Our goal is a coalition of nations who share the aim of stamping out extremism… we can only overcome this evil if the forces of good are united and strong… Terrorism has spread across the world. But the path to peace begins right here, on this ancient soil, in this sacred land… If you choose the path of terror, your life will be empty, your life will be brief, and your soul will be condemned,” excerpts of his speech included.

“The Iranian regime’s longest suffering victims are its own people,” he added, indicating his stark difference with his predecessor’s fallacy dogma of literally embracing Iran.

The top diplomats of America and Saudi Arabia, Rex Tillerson and Adel al-Jubeir, respectively, very specifically embarked on blueprinting a new and powerful alliance as a bulwark to counter and rein in Iran’s dangerously growing regional influence.

Setting the stakes high, Tillerson and al-Jubeir made their points understood very clearly by demanding Iran to terminate its notorious efforts in numerous fronts.

Rouhani should use his second term “to begin a process of dismantling Iran’s network of terrorism, dismantling its financing of the terrorist network, dismantling of the manning and the logistics and everything that they provide to these destabilizing forces that exist in this region,” Tillerson underscored, adding “if Rouhani wanted to change Iran’s relationship with the rest of the world those are the things he could do.”

Iran is known to support a conglomerate of proxy entities and its “Shiite Crescent” is a clear indication of the mullahs’ long running desire to establish their own influence across the entire Middle East. Former Iranian regime leader Ruhollah Khomeini was the flag-bearer of “Quds (Jerusalem) Through Karbala”.

On other hand, as Iran’s relationship with al-Qaeda has been documented every now and then in various reports, there is a high probability of Tehran facilitating all terrorists across the region, being Shiite or Sunni. One question in this regard is why hasn’t ISIS ever threatened Iran’s interests?

During the short campaign trail Rouhani resorted to extraordinary remarks that raised eyebrows across Iran’s political spectrum. While Rouhani initially scolded the Revolutionary Guards at an election rally, after his so-called “re-election” – despite a very low voter turnout – he quickly resorted to remarks of actually praising the notorious IRGC once again.

“We are proud of our armed forces, the Revolutionary Guards, the Basij and the security forces, we consider their strength as a guarantee for peace and stability in the region, the security and the well-being of our people,” he said in televised remarks.

And there is also no light at the end of Iran’s human rights violations tunnel, as the mullahs know very well their need to continue a nationwide crackdown campaign to maintain a lid on Iran’s powder keg society. The Shah of Iran ended his use of torture and execution at the demand of the Carter administration, and his rule was overthrown only a few years later. This is a lesson the mullahs have not forgotten.

Rouhani, and the entire regime for that matter, will very soon start to comprehend the stark contrast between the last four years, and the rocky road ahead. Trump’s visit to Riyadh was a sign of the Arab World coming out of Obama’s Dark Ages and most probably uniting in their positions vis-à-vis Tehran.

As explained in a recent New York Times piece by Arabia Foundation Executive Director Ali Shihabi, the Trump visit has affirmed “the depth and importance of the strategic relationship and to further strengthen that alliance” with the Arab world.

Rest assured Tehran has received the new message. Rouhani, and the post of the presidency in Iran, are nothing but a marionette with strings controlled by the Supreme Leader. There are no moderates in Iran, but the mullahs are pragmatists always seeking their interests.

Is Canada to Become Iran’s Forward Operating Base Against the...