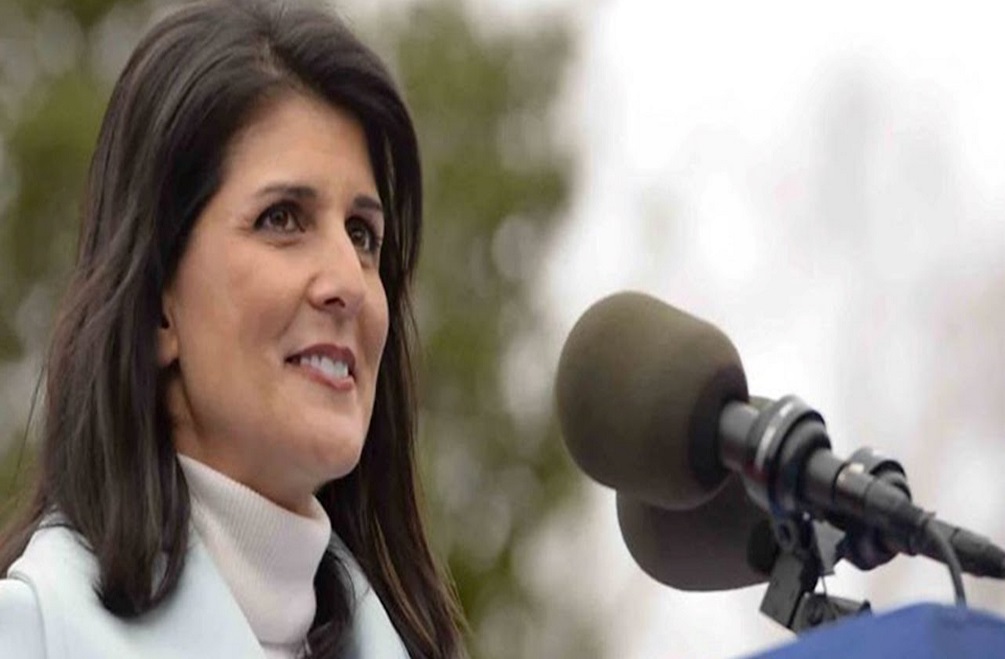 WASHINGTON, April 3, 2017-The United States has underscored the need for a refreshing approach to help change the ambivalent culture permeating the United Nations regarding the violations of human rights around the world. Organization of Iranian American Communities (OIAC) welcomes this development and applauds Ambassador Nikki Haley’s efforts to place human rights at the center of the U.S. mission at the U.N.

As Ambassador Haley pointed out recently, “peace and security cannot be achieved in isolation from human rights.” The long-suffering people of Iran, Syria, and Iraq bear witness that “human rights abuses are not the byproduct of conflict; they are the cause of conflict, or they are the fuel that feeds the conflict.”

Nearly four decades of struggle against the religious dictatorship in Iran has imparted on our community the insight and the drive to promote human rights, equality, and women leadership- as key human assets against perversion of religion, tyranny, and inequality. In Iran, the ruling regime has murdered Neda Agha-Soltan and over 120,000 of the country’s best and brightest.  Today, Iranian rulers execute more per-capita than any other nation.  Yet the people of Iran continue to reject humiliation, misogyny, terrorism, and abuse.  Iranian people’s vibrant democratic resistance against tyranny is hence a viable and vital example of the very values the United States is actively promoting at the U.N. Security Council.

OIAC also applauds congressional leaders who have called attention to mullahs’ atrocities. We highlight the initiative by Chairman Michael McCaul (R-TX), Chairman Ed Royce (R-CA) and Ranking Member Eliot Engel (D-NY) regarding the 1988 massacre of some 30,000 political prisoners in Iran.  Unfortunately, Iranian officials who committed that manifest case of crime against humanity still serve at the highest levels of the government. A key figure who was admittedly involved in the 1988 massacre, Mostafa Pour Mohammadi, is now Hassan Rouhani’s Justice Minister. The 1988 Massacre is also addressed in UNSG March 2017 report.