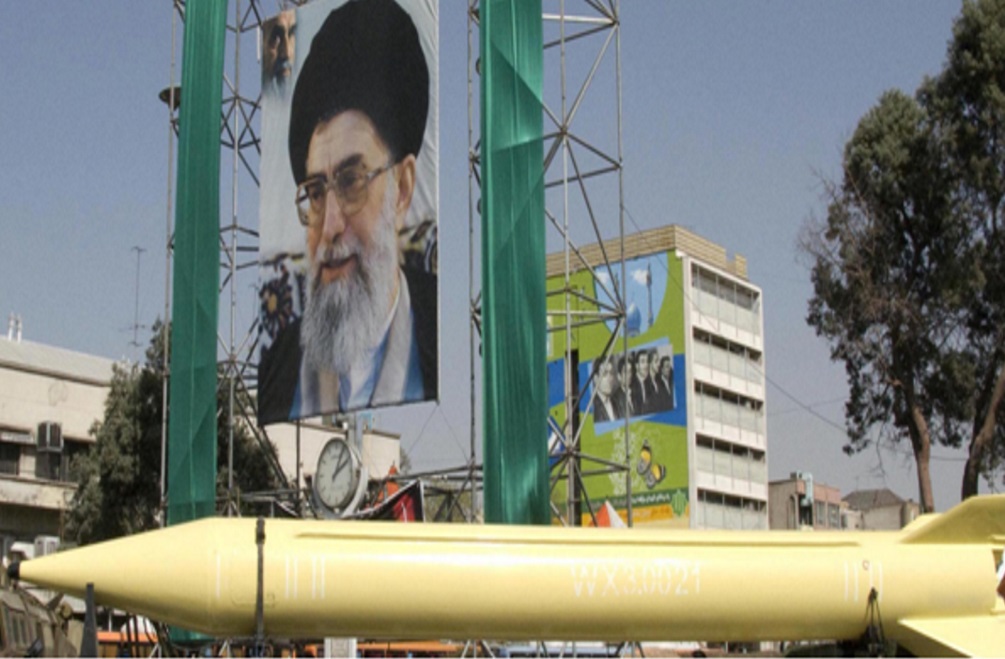 The war games cross an area of about 2,000,000 square kilometers in the Strait of Hormuz, the Gulf of Oman, the Bab el-Mandab and northern parts of the Indian Ocean. The naval maneuvers are limited to anti-terrorism and anti-piracy training purposes, according to an Iranian naval commander.  The Iranian navy, its ships, submarines and helicopters, are showcasing their military might, while navy commandos and the strategic Special Operations Brigade practice military skills and defensive capabilities along the country’s southeastern coast.

Valuewalk published an article saying, “Last month, the two countries engaged in a little military confrontation near the Strait of Hormuz. In January, the U.S. and Iran fueled high-seas tensions after a U.S. Navy destroyer fired warning shots at four Iranian fast-attack vessels when they came in at high speed,” and added, “Interestingly, the Iranian vessels belonged to the Revolutionary Guards, but they were not scheduled to participate in Iran’s Velayat 95 naval maneuvers.”

Earlier this month, Washington imposed new sanctions on Iran targeting 13 people and 12 companies, alleging that Tehran’s “continued support for terrorism and development of its ballistic missile program poses a threat to the region.”

An elite commander from Iran’s Revolutionary Guard criticized  the new sanctions last week, warning Washington to expect “a slap in the face” if it dares to underestimate Iran’s military capabilities. Tensions between the two countries are at a high level, after the long sought-after deal regarding Iran’s nuclear program in the summer of 2015.

“In an apparent show of its military capabilities, Tehran fired laser-guided anti-submarine Dehlaviyeh missiles as part of the fifth phase of its naval maneuvers on Monday. Iran’s state media later said the test had been successful. According to reports dating back to 2012, Iran mounted the Dehlaviyeh missiles on a Russia-made anti-tank missile,” says Valuewalk, and continues, by saying, “During the Velayat 95 military drills, Iran successfully tested domestically-built Ra’ad boats, which are equipped with SPG-9 73-millimeter caliber guns, and Azarakhsh boats, which are mounted with 122-millimeter caliber rocket launchers. Additionally, the Islamic Republic premiered its telemedicine medical assistance provision system, which allows Tehran to provide remote medical assistance in battlefields.”

The current naval drills are located in waters that are internationally vital, as millions of barrels of oil are transported through the Bab el-Mandab and the Strait of Hormuz to Europe and the U.S. every day.

By including Iran in the infamous Muslim-majority travel ban list, which tried to prevent citizens of seven Muslim countries from entering the U.S., Trump started his presidency with hostility. The list fueled tensions between the two countries.

Trump repeatedly criticized the Iran nuclear deal reached by President Barack Obama in the summer of 2015, during his presidential campaign. He vowed to dismantle the long sought-after nuclear agreement, which halted Iran’s nuclear program, in exchange for lifting international sanctions. However, plans are unclear on how, or if, he plans to do so.

Undoing the deal will likely result in Iran restarting its uranium enrichment actions, moving it closer to developing a nuclear weapon.

A new round of sanctions against Iran may prompt Iranian leaders to walk away from the 2015 nuclear deal themselves, especially since numerous reports suggest that Tehran has violated the it on several occasions since 2015.

Mohammad Pakpour, commander of Iran’s Revolutionary Guards, warned the U.S. last week to be careful in its assessments of Tehran; otherwise, he said, it could get a “strong slap in the face.” General Pakpour warned, “The enemy should not be mistaken in its assessments, and it will receive a strong slap in the face if it does make such a mistake.” His comments came just days after the Revolutionary Guards reported that they had test-fired “advanced rockets” as part of the nation’s three-day drills. General Pakpour explained that the message of the drills was for “world arrogance” to “not to do anything stupid.” He went on to say, “Everyone could see today what power we have on the ground.”

Threats and warnings from Iran do not seem to have an impression on Washington. Senator Lindsey Graham, a South Carolina Republican, urged the White House to impose new sanctions against Iran for its apparent violations of United Nations resolutions and allegedly destabilizing the Middle East. Senator Graham is confident that the 2015 nuclear deal didn’t stop Iran’s efforts build a nuclear weapon. “If they say they haven’t, they’re lying,” he said.

Will the Trump administration’s recent remarks, like “holding Iran to account,” and warning Tehran against “playing with fire,” and the Islamic Republic’s new provocations, result in Washington imposing new sanctions on Tehran? Might the sanctions lead to Iran walking away from the 2015 nuclear deal? Does Trump have another plan of action against Iran?

These are important questions, as these are two countries whose warships come into close proximity in Gulf waters every day. Last month’s incident of warning shots fired by a U.S. Navy destroyer at four Iranian fast-attack vessels is proof of that.

“Tensions between Washington and Tehran could spark a devastating military confrontation between the two nations, and other countries like Israel would likely jump in to engage in war,” Valuewalk concludes.

OIAC applauds Amb. Haley’s initiative to include human rights in...