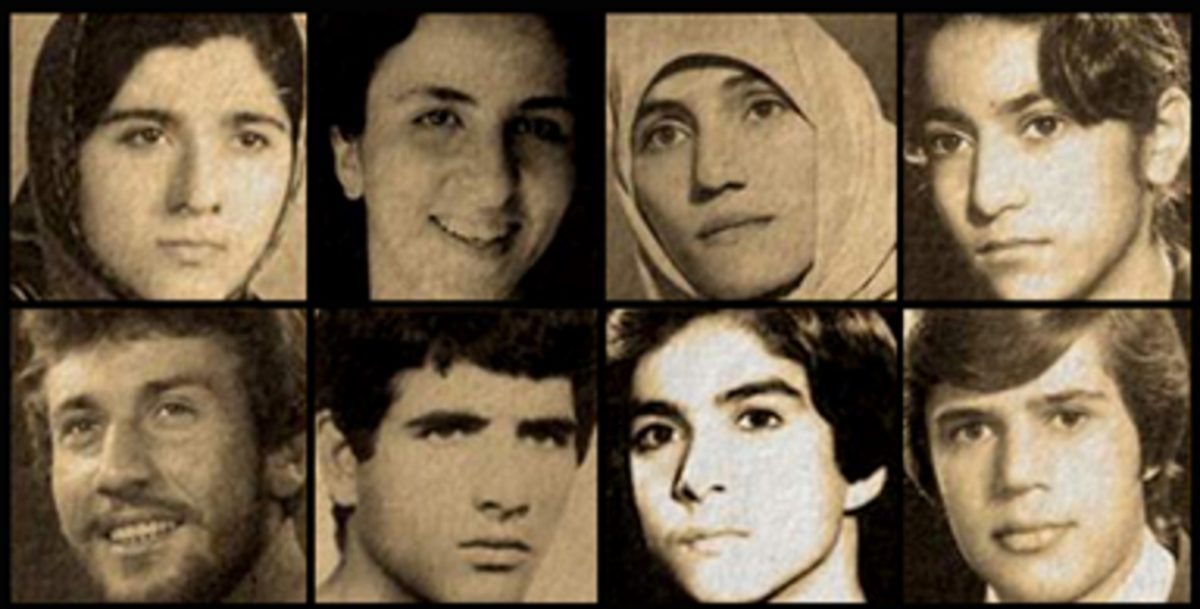 Amnesty International urges all states to renew and support the mandate of the Special Rapporteur on the situation of human rights in Iran, and urges the Iranian authorities to cooperate with the mandate. The organization deeply values the

work of the Special Rapporteur in investigating and reporting on wide-ranging human rights violations that the Iranian authorities are committing against their people. It also greatly appreciates the urgent appeals that the Special Rapporteur issues on behalf of individuals who are bearing the brunt of rights violations. The impact of these interventions in saving lives, reducing suffering and demanding accountability cannot be understated.

Moreover, Amnesty International urges all states, including through the Human Rights Council, to devote increased attention to an issue that, while current, has been overlooked for far too long: the enforced disappearance of thousands of political dissidents over the past 30 years, including many who were under the age of 18 at the time of arrest.

While it may appear that these crimes belong to a distant past, the pain and anguish inflicted on the family members of the victims is both severe and current. Enforced disappearance is a serious crime under international law; it continues until the state fully discloses the fate or whereabouts of the victim, and this requires, when the disappeared person is found to be dead, returning the remains of the victims to their families and allowing them to dispose of those remains according to their own religion or culture.1

Distressingly, the Iranian authorities have never taken measures to end the enforced disappearances or bring the perpetrators to justice. Instead, they have resorted to blanket denials and distortions to shield themselves from accountability. They have also subjected survivors, families of victims and human rights defenders to reprisals for seeking truth and justice.2

Between late July and early September 1988, and following an armed incursion that the People’s  Mojahedin  Organization of Iran (PMOI), an outlawed opposition group, launched into Iran from their base in Iraq, the Iranian authorities forcibly disappeared and extrajudicially executed thousands of unjustly imprisoned dissidents in secret for their political opinions and religious beliefs, pursuant to at least one secret fatwa issued  by Iran’s then  Supreme Leader, Rouhollah

Khomeini. Most of the bodies were secretly dumped at night in unmarked mass

graves. Minimum estimates put the death toll at around 5,000.3

Still today, the Iranian authorities persist in refusing to officially acknowledge the extrajudicial killings. They systematically conceal the fate of thousands of victims, including through refusing to clarify the circumstances and reasons of executions and failing to issue death certificates stating the place, date and cause of death

for each victim.4  They keep the whereabouts of victims’ remains  a secret, excluding names from public burial records5 and destroying mass grave sites believed to contain the remains, by bulldozing the sites and constructing buildings, roads, concrete slabs or new burial plots over them.6

These enforced disappearances continue to cause untold suffering and anguish to the victims’ families, amounting to torture or other inhumane treatment prohibited under international law.

2 Amnesty International, Iran: Repression of those seeking truth and justice for 1980s killings needs to stop, 8

detention, torture and other ill-treatment for gathering at mass grave sites, holding commemorations, and seeking truth and justice.7

Given their systematic and widespread nature, the continued enforced disappearance of the victims and the ill-treatment of their families amount to ongoing crimes against humanity.

To date, no official has been brought to justice for the mass enforced disappearances and extrajudicial executions of 1988. Many of the officials involved continue to hold positions of power, including, ironically, in key judicial, prosecutorial and government bodies responsible for ensuring that victims receive justice.8

The crisis of impunity extends beyond the lack of accountability.

For years, Iranian officials at all levels have sought to disguise, distort and “justify” the mass extrajudicial executions by denying their scale and focusing on the armed incursion of the PMOI in July 1988, presenting the executions as “battlefield deaths” and defending their actions as a necessary response against those involved.

The authorities, however, have never explained how thousands of prisoners held in high-security prisons from long before the armed incursion could have communicated with PMOI members outside the country or been otherwise involved. Nor have they explained why hundreds affiliated with leftist and Kurdish opposition groups were also among the victims. In any event, mass enforced disappearances and extrajudicial executions constitute crimes against humanity under international law, which no circumstances can ever justify.

The wall of secrecy has further cracked in recent years, particularly since 2016, through leaked official records related to the planning and co-ordinated implementation of the extrajudicial killings.9 Yet the authorities have only intensified their campaign of denial and misinformation. This has involved high level officials, including the Supreme Leader, the head of the judiciary and the country’s chief prosecutor, making statements:

 demonizing the victims as “murderers” and “terrorists”;

 glorifying the purge and describing those responsible as worthy of receiving “medals of honour”;

 likening any public criticism or documentation of the extrajudicial executions to support  for “terrorism”; and

 threatening severe reprisals against anyone seeking to shed light on the truth or empathizing with the victims and their families.10

This situation has reinforced the reality that there is no domestic possibility for victims to access justice, truth and reparations and that impunity has become ingrained into the country’s institutional framework.

In August 2017, after decades of silence by the international community, the then UN Special Rapporteur on the situation of human rights in Iran dedicated a section of her report to the issue  of the “1988 massacres”. The report highlighted the reprisal that families face for seeking truth about the fate of their loved ones and demanding justice, and called for “effective  investigation of the facts and public  disclosure of the truth”.11

To date no such investigations have occurred; the Iranian authorities have been emboldened by the ongoing impunity. They continue to suppress the rights to freedoms of belief, expression, association and peaceful assembly; unjustly imprison hundreds of peaceful political dissidents, journalists, workers and human rights defenders, including  lawyers, women’s rights activists, minority rights activists and trade unionists; conduct systematically unfair and predominantly secret trials; commit torture and other ill-treatment on a widespread basis;

time of the crime; and keep thousands more including juvenile offenders on death row. This succession of grave human rights violations committed in Iran is inextricably linked to the impunity the Iranian authorities have enjoyed.

We urge states to break this link, to speak openly and firmly about Iran’s ongoing crimes against humanity, and to explore concrete ways to: disclose the truth regarding these crimes, including the number of those killed in 1988, their identities, the date, location, cause and

11  Report of the Special Rapporteur on the situation of human rights in the Islamic Republic of Iran, 14 August

circumstances of each disappearance and extrajudicial execution, and the location of their remains and facilitate the return of the remains to family members;

Protect survivors, the families of victims and others seeking truth, justice and reparations on behalf of the victims of the mass enforced disappearances and extrajudicial executions of July-September 1988 against threats, harassment, intimidation, arbitrary arrests and detentions, and other reprisal by state authorities or other actors;

Immediately stop the destruction of individual and mass grave sites containing the remains of the victims and ensure that they are preserved and protected until proper, independent investigations can be carried out to determine the identity of the remains and the cause and circumstances of death; and

Document and investigate the crimes; gather and preserve evidence; and identify effective pathways to justice, truth and reparation with a view to ensuring that those suspected of responsibility are prosecuted in fair trials without imposing the death penalty.

Why are US taxpayers funding a ‘Voice of the Mullahs’ in Iran?

Twenty-two detainees in Tehran afraid of Cutting off their hands