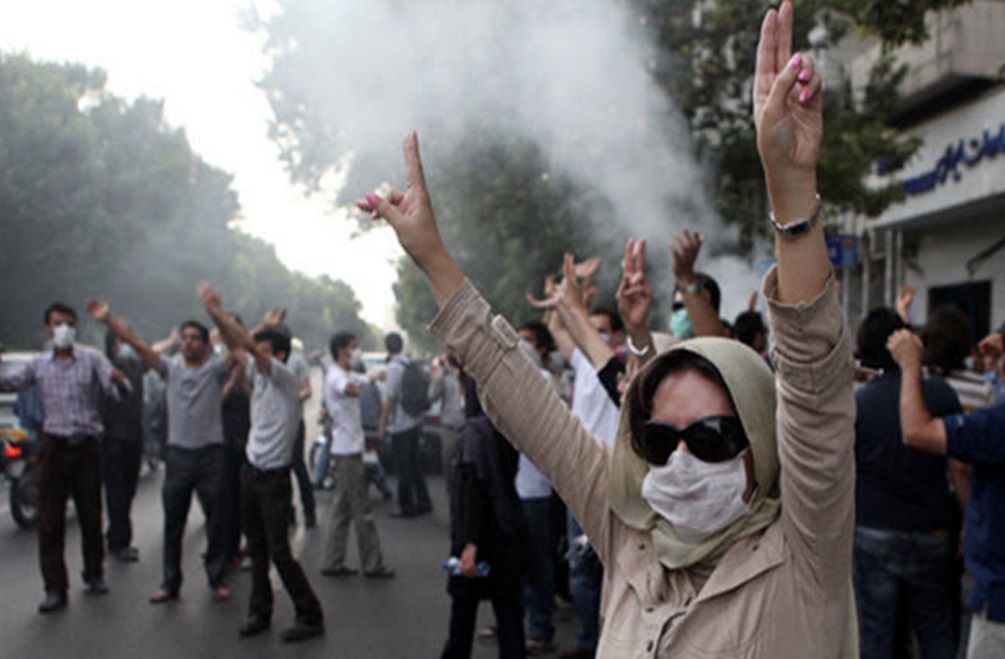 Squaring off with Iran, Syria and North Korea, the Trump administration has indicated that the years of appeasement with dictators have ended, according to a new op-ed carried by the Washington Examiner.

Tehran is beginning to understand these policy changes from the United States, and it follows that Trump should also target Iran’s human rights violations.

Amir Basiri writes in ‘Washington Examiner’ on 2 May 2017, “While Iran does pose a major military threat, through supporting what has been described by Trump as ‘radical Islamist terrorism’, Tehran’s ongoing human rights abuses should finally receive the long overdue attention they deserve.”

“What needs comprehension in the West is that the mullahs fear U.S. military power far less than its ability to launch a ‘cultural war.’ While Iranian Supreme Leader Ali Khamenei has mistakenly invested on a theory of military threats rallying the Iranian population around the flag, a cultural onslaught, however, would weaken the willpower of his already dwindling base.”

Basiri’s article goes on to say, “To this end, at a time when Iran’s human rights abuses have intensified enormously from the early days of the 1979 revolution, the regime has pressed the gas pedal on such measures when deemed necessary, when the very doctrine of its Islamist rule faces an escalating threat. For example, through the past four years, while President Hassan Rouhani claimed to lead a so-called ‘reformist’ or ‘moderate’ approach, he has simultaneously sent more than 3,000 people to the gallows.”

“Following the signing of the Iran nuclear deal, Tehran launched a major crackdown campaign resulting in waves of arrests, reminding many of the days following the 2009 uprising. The regime was quite aware to make it crystal clear for all parties that the nuclear pact would not render any widespread engagement between Iran and the West, most specifically Washington. This year has also witnessed a very similar surge in human rights violations, reflecting a disturbing trend. Some 200 people have already been executed. Tehran has also escalated the apprehension of civil rights activists, ethnic and religious minorities, journalists and social media users. With the May 19 presidential election just around the corner, and memories of the 2009 uprising very clear in the mullahs’ minds, the regime seeks to prevent any mentality of these so-called polls resulting in anything even remotely resembling fundamental change in the regime’s character,” Basiri writes. He adds, “The Trump administration can utilize the opportunity of Tehran’s utter fear of cultural infiltration, being the force behind its domestic repression. Iran must understand Trump’s overall strategy of confronting its Middle East belligerence, including its involvement in Syria, and nuclear/ballistic missile ambitions also increase the cost of human rights violations. Through such an approach, Washington can weaken Tehran’s thirst to challenge U.S. interests across the board.”

“Parallel to such policy overhauls, the U.S. should stand alongside the Iranian people and their organized resistance, represented for decades by the National Council of Resistance of Iran, the umbrella group of different organizations and individuals led by Maryam Rajavi, advocating regime change and peaceful transition to democracy,” Basiri praises the Iranian Resistance.

He concludes by saying, “Increasing sanctions on Iranian regime elements involved in human rights violations is another aspect that would complete the canvas of Trump’s policy vis a vis Iran. Such measures would also send messages to the international community regarding the dangers in seeking short-term economic interests at the cost of the Iranian people’s long and ongoing misery. The Trump administration should take the adequate steps forward to fulfill U.S. interests in Iran and the world over.”

Who stands to lose if U.S. hits Iran with sanctions...

Is Canada to Become Iran’s Forward Operating Base Against the...